WHEN I STARTED SEEING MYSELF AS  ‘OLD’.

You would think in my seventy’s I should have reached that point long ago.  But up until my late sixty’s I felt I was keeping it together.  But then an incident occurred that changed that perception:

When I retired and reached my mid-sixty’s, and when I started taking certain medications for cancer, I began to have insomnia, something I would not wish on anyone.  Often when I couldn’t sleep at 3 or 4 o’clock in the morning I would go for a short drive for 5 minutes or so, to slow my mind. When I returned home I usually found it easier to sleep.

A few years ago, I was visiting my daughter and her family in the US and was having just that problem.  My daughter had always made her car available for me to use, and after tossing and turning for hours I decided I’d just drive for a few minutes to slow my mind.

I always prided myself on being a good driver, and for decades I traveled around Australia selling a product I had made with a partner.  After many tens of thousands of miles, I had never had an accident.  But this time after a few moments down the road I knew I was in trouble — getting very tired — but I was only a couple of blocks from my daughter’s house, so I turned back home.  I got one block from her house and blacked out.   Fortunately, I was driving very slowly, maybe 40kph or 25 mph.  But the next thing I remember was a loud crunching and screeching sound that woke me instantly.  Even before I was fully awake,  I knew I had fallen asleep.  My immediate thought was “What have I done!”.

I had fallen asleep, and the car (a van actually) drifted to the side of the road and side-swiped 6 parked cars.   My daughter’s car was a mess also — a write-off as it turned out. I turned off the ignition and people began emerging from the darkened houses.  Fortunately, no-one was hurt, including me. 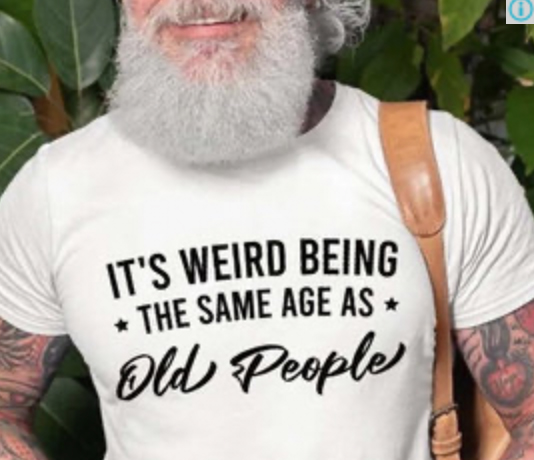 Everyone was very nice, which was a surprise.  They seemed pleased I wasn’t injured even though I was undoubtedly in shock.  Someone called the police and an ambulance.   I talked to a few people and told them I was walking the 50 metres to my daughter’s house to let them know what had happened.  This is what I did and woke my daughter and her husband and gave them the bad news.  We came out of her house to walk back to the crash site and was immediately surrounded by 6 police cars.

They assumed I had been drinking (I hadn’t) so when they talked to me and they could see that wasn’t the case, they just took a brief statement and left. To cut the story short, my daughter’s insurance covered the repairs or replacement of the 6 cars and my daughter ended up with a much better car than the one I wrote-off.

I drive nowhere near as much these days and never at night on my own. In my mind, from that point on I was officially ‘old’.

I decided to put this story down not for any great philosophical reason, but rather to help explain my easing up on posting material on my site.

But there are advantages being in an older body, and I don’t think I’d want to relive my youth over again. Wisdom can come with age if we learn from our experiences, and of course, grandkids are great!

However, we should always be aware we can leave these bodies at any time, and we can and should be prepared for that. The reality is that we are ageless spiritual beings temporarily in material forms which, like our cars, will ultimately come to grief, allowing us to gladly move on.

“For the soul there is never birth nor death. Nor, having once been, does he ever cease to be. He is unborn, eternal, ever-existing, undying and primeval. He is not slain when the body is slain.” Bhagavad-gita 2.20

Namaste and I wish everyone well

I thought I could stop a tree from falling the way it wanted by wrapping a rope around my arm and pulling.  The rope took a big hunk out of my arm and the tree fell where it wanted.

I wanted to run after something one time, my brain got the message and moved forward, but my legs didn’t, and I pancaked into the ground!

Getting my legs caught up in grass and pancaking into the ground once again!

While walking on the road I tripped over a speed bump!  I didn’t hurt myself that time as I did a ‘ninja-roll’ (I don’t seek out things to trip over, they seem to seek out me!).

My name is Chaitanya das, my other name is Charles Robinson. I'm a Vaishnava Hindu living in Australia, and a student of Jagad Guru Siddhaswarupananda.

I have been dealing with advanced prostate cancer for almost 20 years and started this blog to document my journey with that disease. I also talk about how understanding that I am not this physical body affects my outlook on life......and death.

I'm hoping some of the things I've learned along the way will help others. I’m always willing to learn more so I welcome comments and dialogue.

Thank you and Namaste.

Recent Posts In This Category